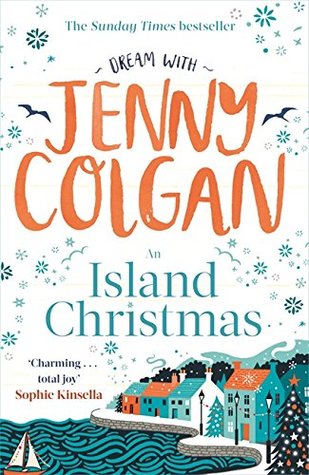 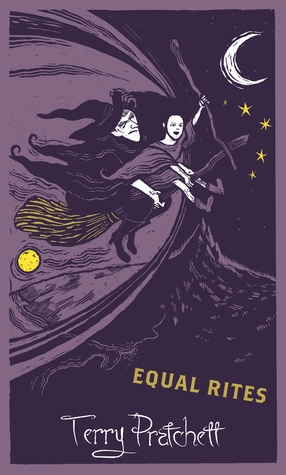 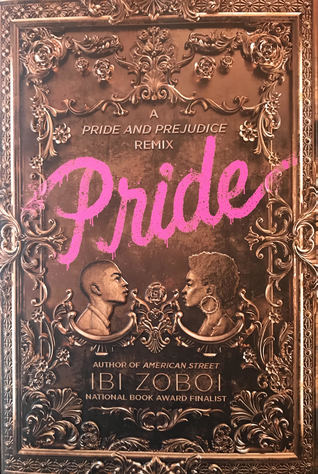 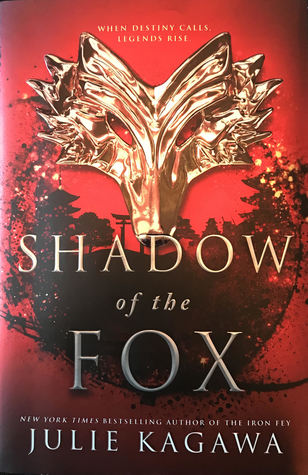 An Island Christmas (Summer Seaside Kitchen #3): Was November 6th a bit early to read a book with the word Christmas in the title? Perhaps. Did that stop me? Nope!

Every time I pick up a book about the people on Mure, it feels like I’m just checking in to see how the characters are doing, and while there are certainly some ups and downs, you can rely on the fact that things will turn out alright in the end. There are unfortunately a few annoying typos in this one, but man, these books are just so darn nice and cozy. I recommend listening to the audiobook, though. 4/5 stars

Equal Rites (Discworld #3): While this wasn’t necessarily my favourite of Pratchett’s, it was still a lot of fun. Granny is such a great character, and it was nice to see a different side of her (though I prefer her with Nanny and Magrat). 4/5 stars

“She’d be a witch and a wizard too. And she would show them.”

Pride: A modern retelling of Pride & Prejudice taking place in Brooklyn. The setting was a surprisingly good fit for a P&P retelling, and I liked that it played around a bit instead of being a carbon copy of the source material. Zuri’s love for her neighbourhood definitely shone through, which I thought was great, but I wish I’d seen more of that love directed at her family. In the original, though she finds them a bit ridiculous, Lizzie still has a close bond to her sisters, and I didn’t quite feel that in this book. Zuri also came off as unnecessarily rude and mean, which took away somewhat from my enjoyment of the story. Last, but not least, I found the relationship between Zuri and Darius a bit rushed. While I think they worked pretty well together and had an interesting dynamic, it kind of felt like they skipped over a few steps and went straight from mortal enemies to loving couple. In conclusion, while Pride was a quick and pretty nice read, I wanted a bit more from it. 3/5 stars

“It’s a truth universally acknowledged that when rich people move into the hood, where it’s a little bit broken and a little bit forgotten, the first thing they want to do is clean it up”

Shadow of the Fox (Shadow of the Fox #1): I can’t quite decide how I feel about this book. I think I liked it? There wasn’t anything inherently wrong with it at least, and I enjoyed the first half quite a bit, but after a while I just realised I didn’t particularly care that much about…anything? Like, any of the characters could have snuffed it and I wouldn’t have blinked an eye, which generally isn’t a particularly good sign. Overall, I’d say I casually enjoyed this book, but I’m not sure my interest will survive the 8 months it will take for the next book to come out. Who knows, though, I really did like the Japanese folklore. 3/5 stars

“It is very hard to be human, little fox. Even the humans themselves don’t do a great job of it.”

The Afterlife of Holly Chase: A modern retelling of Dickens’ A Christmas Carol, but with a twist. I’d heard some pretty nice things about this book prior to picking it up, but I was still pleasantly surprised! It was festive, but not too festive, and funny, but with a nice amount of seriousness to it as well. It also had a cast of pretty intriguing characters, my favourite being Holly, our horrible MC. The interesting thing about Holly is that even though she’s terrible, there’s just something about her that still makes you root for her (at least I did). I’m not sure how Cynthia Hand managed that, but I’m very happy I decided to give this one a chance and definitely encourage you to do the same. 4.25/5 stars

“It’s never too late to become what one could have been.”