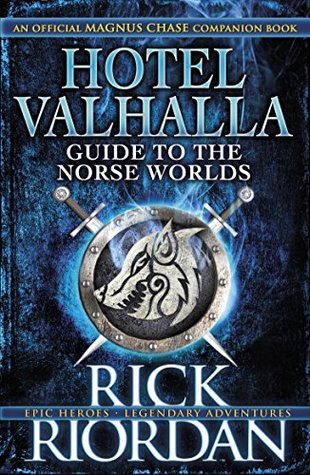 Darius the Great Is Not Okay: Fans of Aristotle & Dante Discover the Secrets of the Universe will probably enjoy this contemporary novel about a Persian-American boy trying to find his place in the world while dealing with depression and bullying. This book definitely has its darker moments (as can be expected considering the main character struggles with mental health issues), but as a whole I found it to be a very heartwarming and lovely story about friendship, family, and finding yourself. Highly recommend! 4.25/5 stars

“This is the most Persian I had ever been in my entire life, and it still wasn’t enough.”

A Discovery of Witches (All Souls Trilogy #1): Buckle up, friends, rant coming up…

You see, despite the occasional creepiness and possessiveness, I did sort of enjoy the first half of this book. I liked the setting, the magic, and the overall idea of witches, vampires, and daemons living side by side with humans. If I’m being perfectly honest, I also sort of liked the characters and found their interactions entertaining. It’s a pretty darn huge book, however, and that initial good feeling is now nothing but a distant memory. I can’t pinpoint exactly where it all went wrong, but somewhere along the way, I started to reach my limit for bullshit. Matthew, the “romantic lead” was honestly a bit of a psycho, and I severely question Diana’s judgement. I kid you not, at one point he tells her that he would rather kill her himself than let anyone hurt her, and she’s like alrighty. He, of course, also watches her sleep. To Harkness’s credit, they do acknowledge that his behaviour is a bit problematic a few times, but then some new crap would happen and I wanted to flip a table again. Things just got super weird and I cringed on many (many) occasions. Just thinking about this book honestly fills me with rage, and I’m not an angry person. Gosh, I want to hit something…

But to summarise: I enjoyed parts of this book, but some aspects of it really just wasn’t for me. Was it the worst book I’ve ever read? No. Do I wish it had been more urban fantasy and less paranormal romance? Hell yes. Will I read the sequel? I sincerely hope I’ll remember this feeling and not put myself through that. 1.5/5 stars

“Bewitched books? Daemons following you? Vampires taking you to yoga?”

And the Ocean Was Our Sky: This is a turned on its head retelling of Moby Dick from the perspective of a human-hunting whale, and if you think that sounds a bit odd, then you are correct in your assessment. However, while this little book is a bit of a weirdo, it’s also filled to the brim with beautiful writing and gorgeous illustrations that will make you swoon (it’s Patrick Ness, what did you expect?). Sadly, the story didn’t capture me quite like Ness’s work has in the past, but I enjoyed it nonetheless. 4/5 stars

“If you fight the devil, you become him.”
“Maybe it takes a devil to fight a devil,” I said.
“But at the end of that fight, Bathsheba,” he said, “don’t only devils remain?”

Hotel Valhalla Guide to the Norse Worlds: Your Introduction to Deities, Mythical Beings & Fantastic Creatures (Magnus Chase and the Gods of Asgard): Rick Riordan can do no wrong. 4/5 stars

“But be aware that you could encounter other beings who may strive to deceive, distract, or manipulate. They go by the names draugr (zombies), vala (seers), witches (witches), and telemarketers (annoyances).”

Mirage (Mirage #1): This was a short and somewhat enjoyable fantasy/sci-fi story with some nice Moroccan influences. I liked the writing for the most part, but found the plot a bit lacking and thought the relationships between the characters could have been slightly better developed. There was one friendship in particular that I didn’t fully buy, which was unfortunate since it played a pretty important part in the progression of the story. I also had some difficulties keeping track of all the different places and family names, and would have appreciated a glossary of some kind. In the end it was a nice, but kind of unmemorable read. 3/5 stars

“It’s very difficult to like someone who has you mauled by a bird.”